We had one of these flyers through our door the other day: 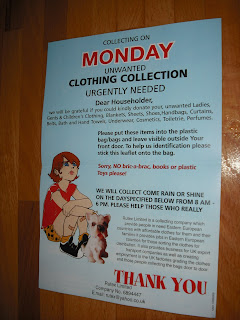 First glance, they look like they are the epitome of altruism, helping poor, needy, pink skinned, blue-eyed children who can't even afford Ben 10 or Barbie Elastoplasts.

And look! In case you didn't get the message that they help children, it is reinforced by a picture of a dog: 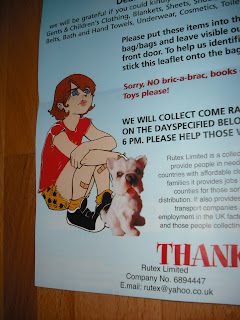 Surely they must indeed be a worthy cause, for why otherwise would they have a picture of a dog?

In fact, this isn't a charity, but a business which aims to get you to give them your old stuff so that they can sell it on for a profit.

I haven't got a problem with that per se, but it does try and emulate charitable organisations, and it's only when you notice there's a company number at the bottom rather than a charity reference, you realise.

It's even got the dodgy spelling that real charity fliers have.

Personally, I tend to give my old stuff away (if it's one of those rare items that I haven't destroyed doing whatever it is I do that turns clothes into rags within weeks) to charities like the Salvation Army, because they go directly to people who need them, rather than via a shop or agency.

This one is a bit cynical mind, although it defends itself by saying it provides clothes to the less well off.

This is true. If they pay for them.

I'm not here to bang on about faux chariddy, but it was the marketing technique of this one that got me thinking. Obviously, someone has read that cute things have big eyes and outsize heads, playing on our inherent protective instincts of infantile things. From this, they have decided that the dog must be photoshopped to have an even bigger head and bigger eyes than you might find in the real world.

Because, obviously, you can't find a picture of a genuine cute puppy anywhere, can you?

Look at this one though: 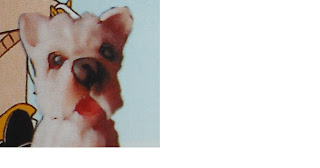 A normal picture of a real one would've been better, even if it is one of those tiny dogs which are supposed to be fluffy and white but have those horrible reddy-orange patches where they constantly drool, lick or piss on themselves.

So I wonder where cute ends and hideous begins. Probably the cutest thing I've ever seen on the internet is that Slow Loris being tickled. It's got the big eyes, the gentle demeanour and the appropriate baby-like visage to bring out all the gooeyness in you.

The makers of Shrek got it down pat with Puss in Boots: 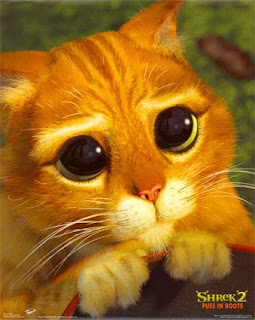 What about stuff people have phobias about. Is a baby snake cute? A spider? 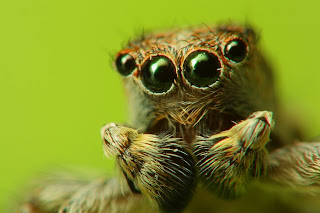 This however, was supposed to be, but misses the mark by an order of ew: 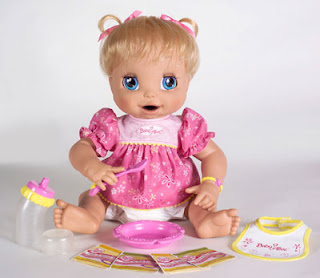 What are they trying to do? Encourage little girls to hate babies?

Of course some humans, who worry about what they look like because they no longer have to worry about eating or being eaten, notice when someone else is cuter than they are and then try and increase their own cute levels when they feel they are in deficit, with mixed results.

You see, this is cute: 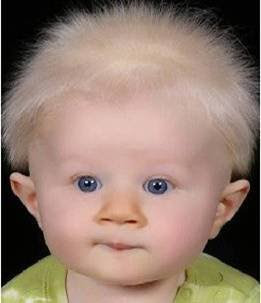 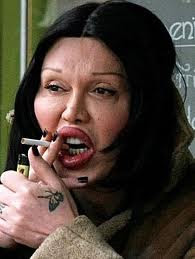 . . . I don't think anybody knows what this is, but cute isn't the adjective that immediately springs to mind.

I suppose we should remember the shallow subjectivity of beauty, and maybe we can all be cute on the inside.

Anyway, the company that started off this train of thought, Rutex Ltd, leaves its email address at the bottom of the flyer, so I have sent them a message telling them I am a Nigerian finance minister, who needs to store three million Euros worth of penis enlarging pills in their office, and if they send me their account details and passwords I will give them a hefty consultation fee, 100% honest, may your God or Gods be kind to you.

Wonder if they'll fall for it accept my business proposition.
Posted by The Jules at 10:49 AM 39 comments:

The gift of getting gifts.

Whilst a-shopping in a shop today, I noticed they had an offer on toy cars. Might be a nice little treat for a small person I thought to myself, magnanimously, and might just have the pleasant side effect of shutting up a whingeing kid.

And look, they had an special on Transformers! 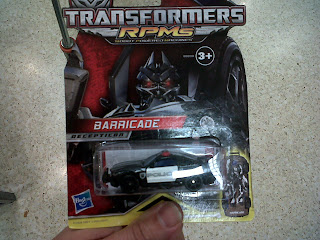 Can't go wrong with transformers, I reasoned. Always popular, as they combine the traditional roles of . . . well, cars and robots. Yes, very traditional.

I was about thirteen when Transformers came out. Transformers the toy, not the electrical current transferring device, because that's been around since Einstein invented electricals.

I was lucky enough to have a couple of the figurines, and must have got a full two or three enjoyable hours of excitement transforming Optimus Prime into a lorry and then back again before his arm came off and stayed that way for ten years.

There was also, if I recall correctly, some sort of reddy-brown jet fighter contraption, the transforming process of which being so hideously complex that you had to have a working knowledge of 11-dimensional M-theory physics to convert into its robot alter-ego and back.

It was almost certainly a governmental test to seek out the precocious mathematical prodigies who could complete the task, and then put them to work in the Department of Very Hard Sums.

Because of this, most of the time I played with it was as an aeroplane with a random foot sticking out, or a robot with one big flappy wing impeding its progress.

Anyhoo, this Transformer I clocked in the shop was a police car, and was quite little, which excited my inner child. I wondered what the intervening quarter of a century had provided in the way of toy innovation and transformer design. I turned it over to look at the back before I parted with my hard-earned two quid: 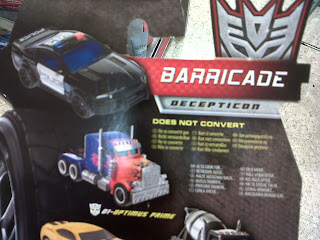 And I'm glad I did, because the back bore the legend "DOES NOT CONVERT" in a font similar to that found on military cartons definitely not containing glowing bullets.

So the Decepticon Transformer Barricade Police Vehicle, who's sole selling factor is the ability to change from a car into a gurt monster robot to terrorise local populaces . . . er . . . doesn't.

What a disappointing label. Like having a sticker on a knife informing you it "DOES NOT CUT" or a post-it on your wife saying "DOES NOT LOVE YOU".

What's the point of it then?

I wonder how many children have got one of them home and then suffered the crushing desperation of trying to transmogrify it into a robot, only to be defeated by the cynical marketing ploy of the manufacturers?

Dutifully, I put it on the floor, stamped on it, and then replaced it on the shelf in the shop, before slinking home.

Instead, I think I shall look to get such presents from a mail-order catalogue because they must rely on fairly full descriptions to persuade you to buy their tat. In this way, the toys do exactly what you'd expect, and also incidentally provide some potential career advice: That, friends, is a Playmobil Amphibious Getaway Car, complete with dark-suited masked driver holding suitcases bulging, presumably, with valuables he has just liberated from the oppressive banking authorities using toy guns and toy threats to kill.

Now, with that you see, you get everything you pay for. You get a car for getting away, you get a legally ambiguous hero to drive it, and you get a sense of glamour attached to the criminal underclass.

Actually, it's quite a good idea. If you're doing a bank job near a river, imagine the surprise on the coppers' faces when you drove into the water and chugged your way to freedom.